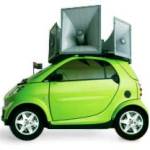 The use of power saving software is a positive lead from Kiwibank and HSBC that the rest of the Kiwi corporate world would benefit from following.

New Zealand bank, Kiwibank is set to save $24,000 a year after it has puchased software that automatically boots up and shuts down computers at the beginning and end of each work day.

Aside from the financial saving the move will help Kiwibank knock off 32 tonnes of carbon dioxide emmissions from their carbon footprint. HSBC was the first bank in New Zealand to introduce the software and they say that 30 tonnes of emmissions have been saved in the past year.

Esme Petelo, head of IT management support at Kiwibank, said they tried various methods to get staff to turn off their PCs at night and on weekends but had little success.

“We had little stickers on their desks asking them to shut down and sent out reminders and emails. We knew that changing behaviour was going to be really difficult. A lot of people thought it would take too long to power up again, or that it would be too much hassle, or they’d forget.”

Staff were placed on one of three policies to “determine when their PCs were closed down and booted up, depending on their roles”, Ms Petelo said.

They could delay their computer shutdown if needed, and documents still open when the PC turned off would be saved. The software could turn computers on and off at nights so staff could apply updates.

Kiwibank received $26,000 from the Energy Efficiency and Conservation Authority towards the software, which cost about $36,000.

Matt Johnson, managing director of Transend – which distributes the software locally – estimated the top 100 largest IT users in New Zealand could save up to $8 million a year in electricity costs if they used power saving software.