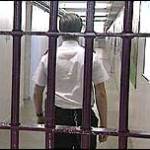 A Waikato prison officer has appeared in court after being arrersted yesterday for allegedly smuggling methamphetamine and cannabis into jail.

The 41-year-old Waikeria Prison officer was arrested after a joint operation between prison management and police.

He was granted interim name suppression when he appeared in Hamilton District Court yesterday so he could tell his wife and children about the charges before his name is published.

Prison officers do not go into the job with corrupt motives, but circumstances often get the better of them in the end.

This kind of offending seems to start with small things. Little favours that don’t do any harm. Gradually it escalates and before an officer knows it there is no way back. Once their integrity is compromised the criminals have them at their mercy. They will get caught eventually, but by then the criminals are grooming another victim.

It must be difficult for some to turn down the easy money on offer for smuggling. But the financial recompense from smuggling is small change for reputations tarnished and families torn apart.

The prison service is a bit like the army. If someone steps out of line they have to be made an example of otherwise everyone will end up doing what they like.

At least from an employment relations point of view, dealing with a case like this is very straight forward and the sanctions are clear-cut. But even so, it must be heartbreaking for management to have to terminate an officer who has gone through a rigorous selection process and training only for it all to be flushed down the drain in an instant.

There are no winners in cases like this - very sad.A Work and Income case manager who stole $194,000... read more