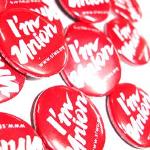 Over 90 percent of PSA and SFWU union members have rejected an offer from Government to settle the long-running sleepover case.

The unions started legal action in 2007 to seek the minimum wage for sleepovers. The sleepover cases are also seeking six years of backpay for thousands of union members who have worked sleepovers throughout New Zealand.

Both unions have been meeting with their respective members throughout the country over the past month to consider and vote on the offer, tabled in the lead up to the case being heard in the Supreme Court on 13 September. The meetings concluded this evening (July 13th) with a strong message to the Government – No. This isn’t good enough.

“The Government’s offer falls well short of what members in both unions are owed and is unrealistic,” says PSA National Secretary Richard Wagstaff.

“It’s time to value the work disability support workers do by paying them the minimum wage for sleepovers and it’s time for the Government to get back to the negotiating table,” says SFWU National Secretary John Ryall.

“This issue isn’t a surprise for the Government. Both the SFWU and the PSA have consistently raised the chronic underfunding issue of the disability sector. If the Government can afford over $4 billion in tax cuts that mostly benefit the better off, tens of millions of dollars in loans to a private media company and over a billion dollars to bail out a risky finance company, it can afford to pay ordinary workers a legal decent wage for the valuable work they do,” says Richard Wagstaff.

“In finding that workers should be paid the minimum wage, both the Employment Court and the Court of Appeal said that the responsibilities of the workers were ‘weighty’ and the benefit to the employer was significant. Both courts ruled that sleepover shifts are work and should be paid at least the legal minimum wage. While we are confident the Supreme Court will reach the same conclusion as the other courts, we call on the Government to withdraw its appeal. More litigation will waste more public resources. The Government needs to uphold the Court of Appeal decision and pay these workers what they are legally entitled to,” says John Ryall.