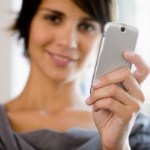 Smartphones and tablets mean switched-on entrepreneurs can carry the office with them.

Robert Gerrish’s business is helping other small companies thrive. So it is with some sheepishness that the director of the micro-business community Flying Solo admits he initially resisted having “email in his pocket”.

“I was often going around saying, ‘Horrible, horrible’,” he says of being so connected. However, since succumbing to a smartphone, life is much changed for the Sydney businessman.

“I can be going out for a walk or a run but I’m in contact and I find that just fantastic,” he says. “I can respond quickly and fully to emails.”

Gerrish, who uses his smartphone and tablet to chat to his business partners, is among an increasing number of business people discovering that mobile devices let them do their work on the move.

A September survey by Galaxy Research for American Express found 52 per cent of small business owners in NSW have a smartphone and 18 per cent have a tablet device.
•Among those who don’t have a smartphone, 20 per cent plan to buy one in the next year and 16 per cent intend to buy a tablet.
•The American Express survey found that as well as using their mobile devices for email, online banking and searching for suppliers, nearly two-thirds of NSW small-business owners have a website or online newsletter, or are on a social media site such as Facebook, LinkedIn or Twitter.

Having a mobile device means they can respond to queries on the move and – particularly for social media – post regular updates to followers.

Tablet devices have also changed the way small-business owners show off their products. “You pull out a nice, sleek tablet and you swipe through a presentation,” Gerrish says. “It’s friendlier; it’s a little bit like going back to the days of having a nice A3 presentation folder.”

Even tradespeople find the technology useful, as Gerrish discovered recently when a plumber checked the guttering at his house.

“He just held up his smartphone and took a photograph of the guttering,” he says. “While he was talking to me, he’d emailed that to his gutter supplier. By the time we finally finished [talking], the supplier had come back and said, ‘Yes we’ve got that in store. This is how much a metre it is.’ He then went and sat in his van and emailed me a quote.”

Gerrish sees the move to smartphones and tablets as mostly positive for small-business owners and says many of the earlier glitches have been resolved.

But there is some fear among the small-business community about the final piece to the puzzle that makes mobile devices really seamless – cloud technology, which stores all data on remote servers.

“I often think of the cloud as this big, dark cloud,” Gerrish says. “For a lot of businesses it’s like, ‘Oh my God! Now I have to get on top of all that.”‘

The head of retail for Google in Australia and New Zealand, Ross McDonald, says businesses are failing to realise how much their customers use mobiles to interact with their companies. Fewer than 20 per cent of big retailers have mobile-optimised websites. McDonald estimates it would be less for small business.

Shelley Simpson bought an iPad when she was bedridden for a couple of months following an operation. The owner of Mud Australia, whose handmade porcelain products sell throughout the world, soon discovered how useful the tablet device was for her business.

“I love it. It makes my life so much easier,” says Simpson, who adds that the intuitive apps on mobile devices make a lot more sense to her than some clunkier computer programs.

She has a smartphone but finds her tablet just the right size for business activities. However, she admits that about half her use is personal, such as listening to music, reading books or showing off the latest pictures of her children to extended family.

Whether she is standing in a shopping queue or at home helping her son with his homework, the 48-year-old can have her mobile office with her. “I can throw it in my handbag.”

When she travels to trade fairs overseas, Simpson uses the iPad for everything from getting directions to searching for dining options and showing potential customers images of her latest products.

She has just launched a Facebook page, which she can monitor and update on the move.

When her Marrickville factory has a seconds sale, there is no more running around getting invitations printed and going to the post office.

The use of power saving software is a positive lead from Kiwibank and HSBC that the rest of the... read more

New Zealand workers are happier than their Australian counterparts, a survey says, despite being paid less and working longer... read more