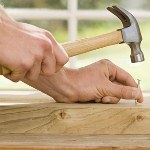 Christchurch has become a major hub for jobs growth, particularly for those with construction-related skills, despite a real start to the earthquake rebuild remaining months away, recruitment agencies say.

“Demand is so high that [some] skilled professionals are offered jobs within 48 hours of attending interviews,” Walker said.

The directors of Christchurch recruitment firms, Graham Consulting and Canterbury Recruitment backed the comments from Hays, saying there had been growing demand for workers with specific skills in recent months.

Workers were being drawn in not only from around New Zealand, but were returning from Australia and Britain to take up jobs, recruiters said. Other source markets being targeted included Ireland, Canada and Asian countries.

Graham Consulting director Simon Graham said the hiring market had picked up considerably as firms gained more confidence each month. There was good demand in the accountancy and commercial services sectors his agency worked in.

“It’s a pretty exciting time really to be involved in the city.

“We’ve got reasonably big demand for chartered accountants, management accountants, financial accountants … and on the sales side trade sales, account managers and reps, particularly those with building and construction experience.”

Walker said construction companies were entering the Christchurch market and vacancy activity continued to rise, though roles were being filled.

“Statistics from Trade Me Jobs show jobs advertised in Canterbury have risen 81 per cent year-on-year, compared to 3 and 4 per cent in Wellington and Auckland respectively,” he said.

Hays intended to increase the number of recruitment consultants in Christchurch from 16 now to 32 in the next 12 months and to about 60 within 24 to 36 months.

Christchurch civil construction would lead to a “two-speed” economy in New Zealand.

“Around Christchurch there’s a lot more roadworks taking place on the civil side. That’s because projects up to $2.5 million were given the green light around about eight to 12 weeks ago.”

But there was also demand for staff in the corporate services and information technology markets.

So far the demand for skills had been fuelled by continuing roading and drainage repairs, the ultrafast broadband roll-out and the increase in insurance-related residential rebuild work, which was now gaining momentum.

New job creation would continue off the back of the vast amount of insurance-related rebuilding and repair work to come.

Canterbury Recruitment director Warren Falconer said his agency was helping fill a growing number of temporary and permanent job vacancies in sectors including manufacturing, particularly that associated with construction.