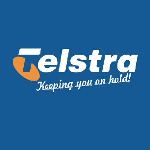 Telstra could lay off more than half of Telecom’s 7000 staff and run most of the business from Australia if it launches a takeover bid for the company, says leading Australian telecommunications analyst Paul Budde.

Budde said a takeover of Telecom by Telstra “made sense” and was a reasonable explanation for talks revealed on Tuesday over the possible sale of TelstraClear to Vodafone.

Several analysts have said Telstra would need to sell TelstraClear in order to stand a chance of securing Commerce Commission approval to buy Telecom.

The only way forward for the telco industry was to cut costs and Telstra could achieve savings of 50 to 70 per cent at Telecom during 10 years, which would translate directly into job cuts, Budde said.

It was also possible Telstra had instead decided to walk away from New Zealand, he said.

Budde believed it was a “50-50 situation”. Telstra would probably be forced to make some sort of statement in the next few days because of the continuing speculation, he said.

Telstra spokeswoman Nicole McKechnie would not comment yesterday on whether it was considering selling TelstraClear to Vodafone to clear the way for a Telecom bid, describing that as speculation. Telecom spokesman Ian Bonnar said it was “watching events with interest”.

Budde said Telstra would be able to provide many of the services that Telecom provided for little extra cost by running them out of its facilities in Australia.

“It doesn’t sound very good for New Zealand but it would be just another province in the eyes of Telstra.”

Telstra had the money to mount a bid and it made much more sense for it to invest “close to home” in New Zealand rather than in distant markets such as China or Eastern Europe where there were no synergies, he said. “This is an opportunity – in my eyes it makes sense.

“The only thing that makes me a little bit worried is the size of the market – how much money [Telstra] could make,” Budde said.

Nicole McCormick, a Brisbane-based analyst at British researcher Ovum, said it made sense for Telstra to look at alternatives to its “current investment pattern in New Zealand”. She believed the situation was still fluid.

“We anticipate that the New Zealand industry will look different in a few years, as players seek scale and differentiation through merger and acquisition activity. Exactly what it will look like can’t be predicted.”