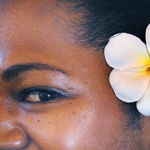 Two Fijian women have described how for months they worked seven-day weeks for $40 in the home of a Wellington businesswoman who is charged with exploiting them.

“I was just like a slave to them. I did not feel free at all,” one of the women said in a written statement, included in court committal papers obtained by The Dominion Post.

She was told that, if she didn’t like her conditions, she could go to work at a strip club.

Her former boss faces 12 charges, including exploiting people not entitled to work in New Zealand by not paying the minimum wage or holiday allowances, providing false information to an immigration officer, and helping or procuring a breach of a visitor’s visa.

The businesswoman has been committed for trial in Wellington District Court on a date yet to be set. Details that might identify her are suppressed. The witnesses’ statements are expected to be challenged at trial.

The evidence was that one of the women who worked for the businesswoman from June 2010 to October 2011, received $4560.

Labour inspector Alun McGowan calculated that, if paid at the minimum wage for a 12-hour day, the woman should have received $66,285 gross or $132,571.74 gross based on a 24-hour day. She said she had about a month off at Christmas but no other time off.

In a statement prepared for the court case, one of the Fijian women said that when she confronted the businesswoman about the conditions, she was told she could go and work at a strip club “and be like a prostitute”.

“That really upset me,” she said in the statement.

The two women were living at the house and said they were expected to look after children 24 hours a day as well as doing housework, and were not allowed their passports. In October last year they approached Immigration New Zealand officials to help get them out.

One of the women said it was confirmed soon after she came to New Zealand that she would receive $200 a week – $40 in the hand and $160 for each week when she left.

The second woman, who came to New Zealand in February last year, said at first the food was good but one day the businesswoman caught them eating chicken out of the fridge and as a result she became frightened to eat at the house.

“I felt really bad so from this time on we started eating out, using the money we were paid to feed ourselves.”

Sometimes they shared a can of sardines as a meal, because there wasn’t enough food at the defendant’s house for everyone.

They were warned not to talk to anyone. At first the warnings were said in a friendly way but became more serious.

When the businesswoman made it clear that they were not to have contact with anyone, they decided they were not in a good situation and looked for help.

“The defendant [businesswoman] kept saying, you know that you will get $3000 when you return to Fiji, but that was for 30 weeks’ work.”

Desperate people are easy to take advantage of. The women were not entitled to work in New Zealand, which on the face of it would not elicit much sympathy from some observers. It is easy to judge when we do not live in poverty. In Fiji there is real poverty on our back doorstep which makes our poorest Kiwi neighbourhoods look like beverly hills.

For many Fijians the chance to work at all is a bonus. To work in New Zealand would be a dream come true. Any New Zealander who takes advantage of other less fortunate peoples’ desperation deserves to have the book thrown at them. If the charges are proven in court then perhaps a more fitting punishment would be to send the local businesswoman to live in a shack in the bush in Fiji and work for not a lot serving foreign tourists in a resort. It might be a valuable lesson for her to experience workplace exploitation from the victims perspective.