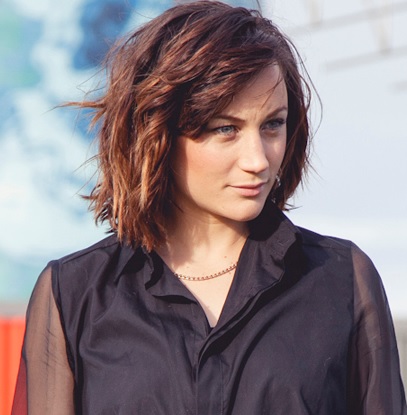 Why am I paid so much less than my predecessor? This question will be asked many more times in the next few years as Australian business engages in an aggressive round of white-collar job deflation that does not even register a blip in wages statistics.

You know what I mean: the company replaces an old manager on $150,000 with a hungry young one on $75,000. It’s the same job, workload and responsibility, and, if anything, the twenty-something is more motivated, productive and talented than his or her lazy, change-resistant, grumpy predecessor. Paying younger managers less than their predecessors is not new. But the gap has drastically widened.

So why the 50 per cent pay cut? Is it fair that the same job – on paper – is suddenly only worth half the salary that previously came with it because the company is engaging in serious wage deflation? Yes, young managers can decline the job, but doing so might harm their standing in the company and future prospects. They feel compelled to take the job and have low bargaining power.
I bet tens of thousands of Gen Y employees are on sharply lower salaries than their Gen X or Baby Boomer predecessors for the same role, and expected to work even harder. This hidden white-collar salary deflation is a lot more prevalent than realised.

Of course, paying younger managers or those new to a role less than their predecessors is not new. It’s just that the gap seems to have drastically widened in the past few years in some industries. Both sides of this argument have merit. The company says young managers need to prove themselves in the role and work up to the higher salary. Also, the young manager does not yet have the skills or experience of their predecessor, so should be paid less.
Perhaps changing market conditions or corporate performance have required heavy wage deflation in industries undergoing structural change. For example, a company in a shrinking market believes the same role should no longer carry the same type of salary, or it cannot afford to pay it anyway.

Even worse, the company believes the older manager was grossly overpaid. Years of service and small pay rises lead to an inflated fixed salary that it must address through savage wage downsizing. Benchmarking salaries against the predecessor’s role is, therefore, redundant. Moreover, if the company can get a talented young person to do the same role for much less, and be more productive, all power to it. That’s capitalism at work, right?

The young manager, meanwhile, accepts some of the arguments above, but claims a 50 per cent pay cut – compared with the previous salary – is excessive, and worries that his or her $75,000 salary will never get to the predecessor’s $150,000 because the employer no longer values the position as highly, or has decided to limit future pay rises and wage inflation.

The young manger also queries why the official job description is still the same, despite the vastly lower salary. The workload, number of direct reports, official responsibility and daily stress are still the same.
Understandably, the pay discrepancy irks the young manager. Even worse is when the predecessor remains with the company in another, lower role, and keeps the same fixed pay. After a while, the young manager feels used: cannon fodder for a corporate machine that eagerly replaces higher-paid older workers with underpaid young ones.

It’s a delicate issue. Companies will need to be on their game to ensure younger managers and professionals remain motivated in the next few years when they continue to be paid well below their predecessor. They will need to manage expectations, so that young managers do not assume they will quickly get to their predecessor’s pay level through hefty merit-based increases.

Good communication will be critical. Companies will need to explain why the role no longer carries the same salary, why it is inappropriate to benchmark it against the predecessor’s salary in many instances, and how the young manager needs grow into the role and perform to earn higher pay. Remuneration systems based on lower fixed salary and annual bonus or other equity incentives will need to be spread lower down the management ranks to keep base wages lower.

A further complication is maintaining pay discipline, so that company does not create another problem when the young manger is inevitably replaced by someone even younger and lower paid. Will we have Gen Y managers earning slightly more than their graduate salary, yet doing the work of an older manager who previously earned six figures?
A final thought: how does the company manage older workers who are replaced by people half their age with a fraction of their experience? The older workers are infuriated that their company believes a twentysomething on a small salary can easily replace them.
That’s a blog for another time.