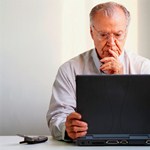 Increasing numbers of Australian workers made redundant as they approach retirement are refusing to be discarded by going out on their own.

It is the catch-22 of life in a post-global financial crisis (GFC) world. Australians are living longer and being encouraged to work longer to pay for their retirement.

Yet older workers are often the first to be laid off in lean times and the least likely to find a new job.

The solution for increasing numbers of people caught in this position is to start their own business.

”Older people leaving the workforce are setting up their own business to buy themselves a job,” is the conclusion offered by Jackie Zelinsky, chief executive of the not-for-profit Business Enterprise Centres (BEC) Australia.

This view is backed up by a recent report that found more than one in five working Australians aged 65 and over ran their own small business and one in six aged 60-64. This compares with one in 10 workers across all age groups, according to the latest Bankwest Business Trends Report.

The number of people running small businesses has, in fact, declined 7.2 per cent since the onset of the GFC in 2007, hurt badly by sluggish trading conditions outside the mining sector.

Many of these businesses are part-time and, increasingly, they are being set up by women, especially in the healthcare, education and training, retail and community service sectors.

Bankwest chief economist Alan Langford says the trend to part-time self-employment among older workers is partly due to an hangover from the GFC, when people who lost their jobs or had their hours cut back decided they did not want to return to a full-time job.

Seniors advocates believe age discrimination in the workforce is also driving the trend.

”People may decide to leave their full-time job but they are over 55 and there’s not a chance of getting another,” the chief executive of the advocacy group, COTA NSW, Ian Day, says. ”They may not have a big enough nest egg to retire, so they go into their own business. Some call it the portfolio stage, where you do two or three different things.”

Zelinsky agrees. Business Enterprise Centres offer support to job seekers of any age who want to set up their own small business, but she says there has been a noticeable increase in the over-50s.

”If you are wealthy enough to go and play golf or become a grey nomad, that’s wonderful, but a lot of the over-50s are still supporting Generation Y and they still want to work,” she says.

Some older workers take the plunge into self-employment for lifestyle reasons. ”People from the corporate world might decide they are not ready for retirement but they are sick of the rat race, so they start a consultancy in the area they are involved in,” Zelinsky says.

She thinks the national broadband network will hasten this trend as people discover they can work more flexibly from home without the stress of going into the office and managing 50 staff.

David Gregory, who heads up Victoria’s not-for-profit Small Business Mentoring Service, has also noticed exponential growth in older clients. Unemployment and redundancies may be the trigger, but he says the spread of the internet has allowed people to start up home-based businesses without the need for an expensive shop-front presence.

While white-collar workers are the most likely to start a home-based consultancy, Day says he comes across many people at COTA functions who say they have bought a taxi licence or a lawn-mowing franchise.

Buying a franchise is popular because it offers the support of a larger organisation and an established brand, but you need to go into a franchise agreement with your eyes open.

After widespread problems in the industry, the Australian Competition and Consumer Commission recently developed a mandatory Franchising Code of Conduct, available on its website along with a franchising manual.

”If you are going into a franchise, get legal advice so you know exactly what you are signing up for,” Zelinsky says.

While some older workers need to keep working to top up their retirement savings, others enjoy the social and mental stimulation that staying connected to the world of work can provide.

These days, more and more Australians are living longer, healthier lives and their minds are still active.

”People used to be exhausted when they retired and die a few years later. Golf and bus trips become boring after a while,” Day says. ”If you have been working flat-out for 30 years, the idea of stopping dead is not always appealing. That’s why volunteerism is so high; but some people say, ‘I’ve got more to contribute than just hands and feet. I’ve got some skills I can keep using.”’

The challenge is turning a wealth of skills and experience into a paying proposition (see case study, above right).

”If you are buying yourself a job, you are not necessarily thinking long-term about floating [your company] on the ASX, but more about lifestyle, so you have to love it,” she says.

Tales abound of the corporate high-flyer who opens a cookware shop only to realise they hate standing all day on a hard concrete floor, or the former union official who dreamt of running a coffee shop-cum-bookstore but didn’t want to work on weekends when demand is at its peak.

That is why a mentor is invaluable, because they can view your business plan objectively and shoot it down in flames if it is not realistic.

Gregory’s Small Business Mentoring Service provides retired or semi-retired business people as mentors. They help new businesses with everything from staff management issues to cash flow, market research and how to cost products.

More fundamentally, they can help people decide whether their home-based business idea is viable, taking into account the cost of running the business and taking a wage. ”It seems simple, but it is often forgotten,” he says.

Gregory also advises against partnerships in business: ”A partnership is a sinking ship.” In practice, he says, one partner often contributes more capital, expertise or time and might expect to take more from the business. This needs to be acknowledged in a legally binding partnership agreement from the outset.

”If you are starting a home-based business, you really have to be disciplined,” he says. ”You mustn’t waste valuable time going to the fridge or the clothes line. Mentors help put in place a structure for running your business.”

New future after a difficult period

Georgina Palmer was in her mid-50s and semi-retired when life threw her a curve ball. After she moved to Queensland with her partner, he died suddenly, along with her plans for the future.

”I had left full-time employment but I was in a situation where I had to fight back,” she says.

Palmer’s last full-time job was with the Red Cross in Western Australia after a long career in the community service sector, often working with troubled children in schools, foster care or respite centres.

After her partner’s death, she moved to the Blue Mountains, west of Sydney, to be closer to family and did casual work in an out-of-school-hours childcare centre to pay the bills.

While there, she witnessed problem behaviour that she felt was being rewarded by staff.

”I said to myself, ‘You don’t like what you’re seeing so do something about it’.” And she did.

After registering with Centrelink, she applied for the New Enterprise Incentive Scheme program.

”It gave me back my self-esteem and showed me how I could utilise my knowledge,” she says.

Through the program, she got a (TAFE) certificate IV in small business and has just started her own business, Parents’ SOS Consultancy. The aim is to provide a service in the community that gives parents the solutions and confidence to manage challenging behaviour.

”Where I’m different is that I’m not just offering counselling. I realised at the Red Cross that what people want is in-house services. I work in the home and follow through with the school if the parent wishes,” she says.

Palmer will work on a referral basis with schools, school chaplains and counsellors. ”A bit like Super Nanny in the UK but with other approaches and techniques,” she says.

In future she plans to run workshops for pregnant mothers and produce webinars for remote and isolated parents.

Eventually she would also like to take on some pro-bono work for low-income parents who can’t afford to pay for her service.

”It’s hard to leave the security of regular income to start a business, but the support has been amazing,” Palmer says.

”What I’m really selling now is my intellectual property. I’m passionate about this and that comes across. I found I had something worth saying.”

Turn a wealth of skills and experience into a paying proposition

■ Work in an area you know and love, because you will be living and breathing it 24/7.

■ Develop a business plan. Not only will it help clarify your thoughts and avoid common pitfalls, but the bank won’t give you finance without one. A free online program at businessbuilding.com.au guides you through the necessary steps and provides you with a draft plan at the end.

■ Avoid 50:50 business partnerships. In most partnerships one person contributes more than the other, so this needs to be acknowledged in a partnership agreement drawn up by a lawyer. It’s a small cost that could save you much more in the long run.

■ Know what support services are available. As a first port of call, go to the Australian government’s business portal, business.gov.au for how-to guides, templates, and free iPhone apps designed for small business start-ups. Or ring the national Small Business Support Line on 1800 777 275 for information and referrals. In addition, all state governments have business support services.

■ Get a mentor. You may know someone in your field who can offer an ear to listen and a shoulder to lean on. The federal government’s New Enterprise Incentive Scheme helps eligible jobseekers interested in starting a small business with training, advice and mentoring, as well as income support for up to a year. Service providers include Business Enterprise Centres (BEC), TAFE Small Business Centres and community organisations.

Yes he is pointing to nothing and that is precisely what we can achieve if we follow these seven... read more

Implement your own change management strategy

I work with a number of different organisations across a variety of sectors and they all have a common... read more